Ben “The Blade” Johnson first set foot into the legendary Iron Fist gym back in 2008. Since then, Ben is now a highly respected and experienced fighter and is also proving to be a talented trainer.

Ben’s trainer and mentor, Daniel “Iron Fist” Bell, who has his own illustrious career and has been involved in the Muay Thai community since its humble beginnings. It didn’t take long for him to realize that he had another champion in Ben “The Blade” Johnston.

Early in his career, under the guidance of Dan Bell, Ben quickly made the decision to start fighting. With dominating range, damaging hands and a furious mindset “The Blade” proved quickly that he is a complete fighting package. After finishing his debut fight in the first round Ben went on to consecutively win his next 12 bouts, taking the Queensland, Australian and South Pacific Championships in a range of different weights and sanctioning bodies. Ben was blessed with a long reach and deadly striking and those brave enough to engage a close-quarters exchange were met with powerful knees and a furious intention to control the fight. “The Blade” had truly left his mark on the Australian Muay Thai scene with multiple knockouts and dominating performances. It was time to take his training and push his potential to new limits.

Ben’s fighter’s pilgrimage began with a stint in the motherland of Muay Thai, Thailand. After Thailand “The Blade” found himself carving up more martial arts training as far as Amsterdam, Rio de Janeiro and the USA including spending time in Las Vegas training at MMA and UFC legend Wanderlei Silva’s gym. During his journey, he acquired a new skill set to add to this arsenal spending a lot of time training in Brazilian Jiu-Jitsu where he went on to receive a Blue Belt.

Returning home from a trip that lasted a year and a half, Ben settled straight back into Iron Fist, better, faster, stronger and more deadly. Hungry for the heat of competition Ben set off to Auckland New Zealand to fight for a World Title. After a fierce battle, and winning over the respect of the crowd and critics, Ben, unfortunately, was unable to bring home the win but instead went home with the determination to get stronger and help others build their own skills.

During November 2014, the news broke out that Ben’s headquarters, Iron Fist, was closing its doors. Ben teamed up with his best friend and soon to be business partner James Jarvie to open The Fight Centre – Brisbane, a place where Ben and the team could continue their training whilst also helping their community get stronger and fitter. Ben had the honours of having TFC’s first fight, winning himself another Australian title. Since then and under the guidance of Dan Bell, Ben has continued to fight and progress in the sport.

After successfully winning a number of light heavyweight WBC titles, Ben was able to work his way through the world rankings and secure himself the world #1 ranking. He went on to successfully defend his international title which put him in line for a WBC professional world title.

After Ben spent a month in Thailand training with former world champion Lamsongkram Chuwattana at AKA, in October 2018 Ben Johnston vs Dan Edwards (ranked world #2, fighting out of England) was held in Brisbane, where Ben was able to win the prestigious WBC light heavyweight world title, making him World Champion.

Since then, Ben has been spending most of his time training the TFC fight team, training in classic boxing, and dedicating much more of his time to Brazilian Jiu Jitsu where he is now competing as a purple belt. 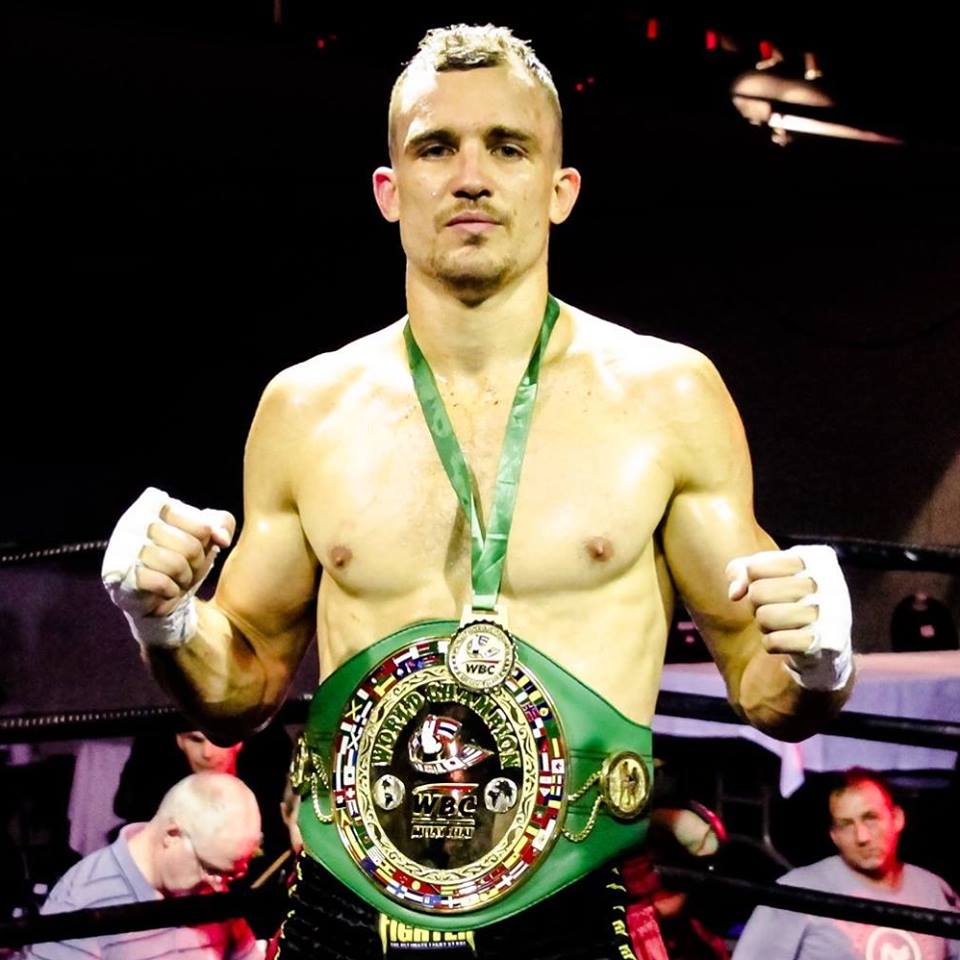